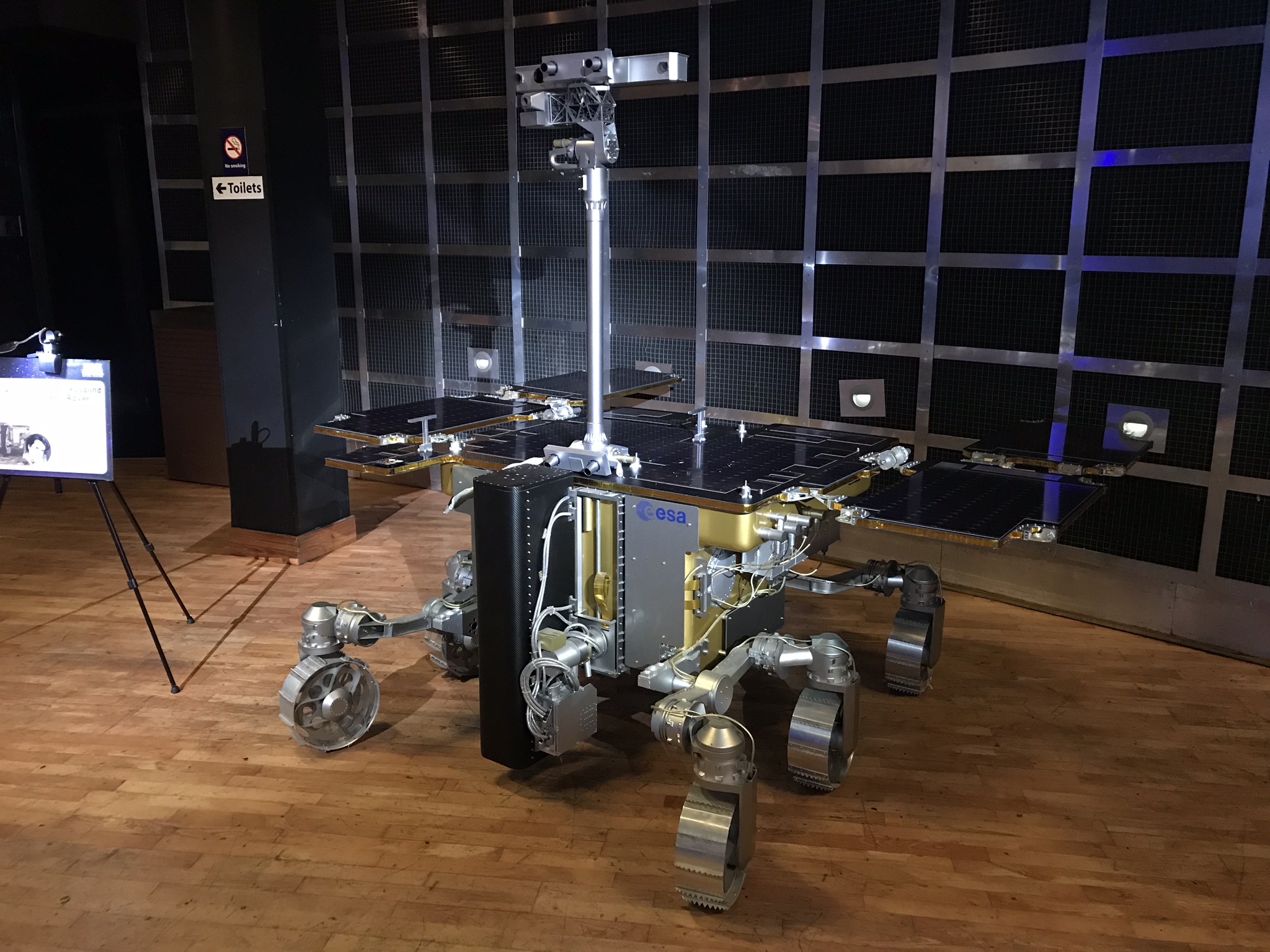 The Exomars Rover model is a 1:1 scale model of the Rosalind Franklin, previously known as the ExoMars Rover. This mars rover was built for the International Exomars program led by the ESA (European Space Agency).

The Exomars Rover scale model was built among others for the ESA headquarters in Paris and for the ESA ESTEC, also known as The European Space Research and Technology Centre in Noordwijk, The Netherlands.